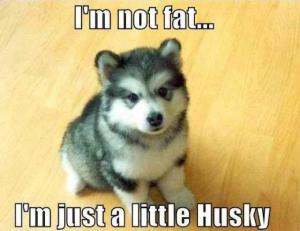 I love language and the way our brains process the words we use. God has given both to us so that we can learn, communicate, and laugh! If English is not your first language, you may have trouble with some of these. However, they may also help you learn the language better:

I tried to catch some fog, but I mist.

What do they do with chemists when they die? They barium.

Jokes about German food are the wurst.

Smaller babies may be delivered by stork but the heavier ones need a crane.

A soldier who survived mustard gas and pepper spray is now a seasoned veteran.

I know a guy who is addicted to brake fluid. He thinks he can stop at any time.

I knew a girl who was so cross-eyed that when she cried tears ran down her back. They claimed she had bacteria.

I stayed up all night last night to see where the sun went. Then it dawned on me…

The girl said she recognized me from the vegetarian club, but I had never seen herbivore.

I’m reading a great book on anti-gravity and I just can’t put it down.

They told me I had Type A blood, but it was a Type O.

People die all the time; then I realized I could wake up dead tomorrow!

What do you call a dinosaur with an extensive vocabulary? A Thesaurus.

When you get a bladder infection, you know urine trouble.

I wondered why the baseball was getting bigger. Then all of a sudden it hit me!

My pastor is a vast suppository of theological knowledge. (Note the malapropism?)

Haunted French pancakes give me the crêpes.

Velcro- what a rip off!

My new theory on inertia doesn’t seem to be gaining momentum.

It is tough to do inventories in Afghanistan because of the tally ban.

A cartoonist was found dead in his home. Details are sketchy.

An invisible man marries an invisible woman. The kids were nothing to look at either.

And finally, there was the person who sent twenty different puns to his friends, with the hope that at least ten of the puns would make them laugh. No pun in ten did.