William Barclay tells the story (also found in Foxes’ Book of Martyrs) of Telemachus, a monk who lived in Asia Minor in the late fourth century AD. One day, Telemachus sensed that the Holy Spirit was encouraging him to leave his desert community and go to Rome. He believed that if he was to serve God he must also serve man, so he went to a place where there was much need. When Telemachus arrived in Rome he was caught up into a celebration of a recent victory by the Roman Legions over the Goths. As a part of a holiday festival a circus was being staged to honor the victorious general, Stilicho, who rode in triumph through the streets with the young Christian Emperor Honorius by his side. Telemachus was swept along by the crowds and soon found himself in the Coliseum filled with 80,000 people. The gladiatorial games still lingered from Rome’s pagan heritage. No longer were the Christians fed to the lions, but men still fought shamelessly and violently to the death while the crowds cheered them on with blood-lust. END_OF_DOCUMENT_TOKEN_TO_BE_REPLACED

Almost everyone has heard of Jonathan Edwards, but very few are familiar with Solomon Stoddard (1643-1729), Edwards’ grandfather. Stoddard was an influential force in New England Puritanism, often referred to as the “Pope” of the Connecticut Valley of western Massachusetts. He was a powerful preacher who saw five (possibly six) revivals during his fifty-eight-year pastorate in Northampton. Yet, he has often been marginalized because of his very unique view of the Lord’s Supper as a “converting ordinance.” I wrote a book that was just published this week exploring Stoddard’s view of Communion against the changing face of Puritanism reflected in the Half-Way Covenant. While Stoddard firmly believed in the doctrine of divine election, he also believed that God was so gracious and sovereign that no one could judge whether a person was elect or not. Consequently, he crafted an evangelical theology based upon the preaching of the gospel and viewed the Lord’s Supper as another form of preaching for the conversion of sinners.  I have dedicated this book to two congregations where the bulk of my pastoral ministry life has been spent: College Church, Northampton, MA, where I was for twenty-five years, and Community Fellowship Church, West Chicago, IL, where I am now. Though this book is an academic work that I hope will find its way to colleges and seminaries, I also hope it will be a good read for pastors and lay-folks who think deeply and enjoy Puritan history. Copies of Beyond the Half-Way Covenant can be purchased through Wipf and Stock Publishers online and in a few weeks online at Amazon and Barnes and Noble. END_OF_DOCUMENT_TOKEN_TO_BE_REPLACED

I can’t resist sharing something I read as a young dad that was very helpful as I first attempted to change my kid’s (cloth) diapers. It was written by baseball legend Jimmy Piersal in 1968: “Spread the diaper in the position of the diamond with you at bat. Then fold second base down to home and set the baby on the pitcher’s mound. Put first base and third together, bring home plate up and pin the three together. Of course in case of rain, you gotta call the game and start over again.” By the way, I did get rained out a week ago when I was changing my grandson. Anyway- My dad died when I was a junior in College and I have felt a hole in my heart ever since, like The Little Lost Boy by William Blake (1792): “Father! father! where are you going? O do not walk so fast. Speak, father, speak to your little boy, Or else I shall be lost.” The night was dark, no father was there; The child was wet with dew; The mire was deep, & the child did weep, And away the vapour flew. When I got married at twenty-four and became a dad at twenty-seven, I felt a little like Bill Cosby who said, END_OF_DOCUMENT_TOKEN_TO_BE_REPLACED

In a nationwide survey conducted in 2001 by the National Marriage Project, nearly half of 20-somethings agreed with the statement, “You would only marry someone if he or she agreed to live together with you first, so that you could find out whether you really get along.” About two-thirds said they believed that moving in together before marriage was a good way to avoid divorce. As Christians we would disagree with that assessment and with the whole idea of cohabitation because it puts the cart of sexual intimacy before the horse of commitment. Our assessment is based upon the nature of marriage as designed by God and revealed in the Scripture. Not that it matters to our faith, but research indicates that the conventional “wisdom” of our culture is contradicted by experience.  “Couples who cohabit before marriage (and especially before an engagement or an otherwise clear commitment) tend to be less satisfied with their marriages — and more likely to divorce — than couples who do not,” so says Clinical Psychologist Meg Jay in an April 14, 2012 article in the New York Times. She mentions that most cohabiting couples get there more END_OF_DOCUMENT_TOKEN_TO_BE_REPLACED 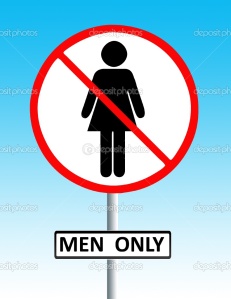 “Teach us to number our days aright, that we may gain a heart of wisdom” (Psalm 90:12). I am proposing a “bucket list” of sorts that we should do in order to gain a heart of wisdom in the face of life’s brevity. The first is to learn to forgive quickly and resolve conflicts with others. The second is to learn to be a grateful person and to be an encourager of others. The third one is to learn that you are never too old to change. One thing that I have noticed about guys in particular is that they are resistant to change. A groom will down the aisle and think to himself, “I hope she never changes,” but she will. A bride will walk down the aisle and she thinks, “I’ll change him,” but she can’t. Peter Sacco writes, “Those old tattered underwear are symbolic of perceptions of relationships for many men. They are satisfied with remaining status quo…most men believe they are fine the way they are and the way they have always END_OF_DOCUMENT_TOKEN_TO_BE_REPLACED