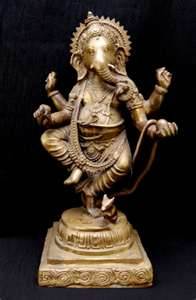 I love to read the Old Testament. I have been in Ezekiel for awhile and have noticed a phrase that is repeated many times over, “then shall they know that I am THE LORD.” It is used 46 times in the first 30 chapters. God said through the prophet that all the judgment He was bringing upon his people was to show the world that He was not some tribal deity, but THE LORD! Israel had forgotten their very calling as God’s people to declare His glory. They went after other gods just like the nations around them and so God brought judgment upon His own people. He did this not just to punish them and send them into captivity, for if He had stopped there the nations would have concluded that He was just a tribal god who had been defeated by their stronger gods. No, God said that He would also rescue His people and restore them to their land. Ezekiel 36:22-24 is the key in understanding this restoration; it was not going to occur just to benefit Israel and to end their suffering, but “for my holy name’s sake.” God’s restoration of Israel after the Babylonian Captivity was so that the nations would know that He was THE LORD! But there is more to Ezekiel’s prophecy – God would not only bring Israel back from captivity but would also transform the very heart of His people to live in such a way so that “I am hallowed in you.” God looked beyond the restoration of Israel to the New Testament age of the Church. At that time redemption through the shed blood of the Messiah and the gift of Holy Spirit would come and change the hearts of the people of God from the inside out (sprinkled clean from impurities, replace the heart of stone with a responsive heart), so that through them the nations would see His Glory. That was Israel’s mission and now it is ours as the Church- to declare his Glory, through our humble lives. So how are you doing with that? Could anyone possibly discern through the way you live— and even through the difficulties you experience, that God is not just relevant for you (your own tribal deity), but is THE LORD of the nations? Is He glorified even in your suffering?